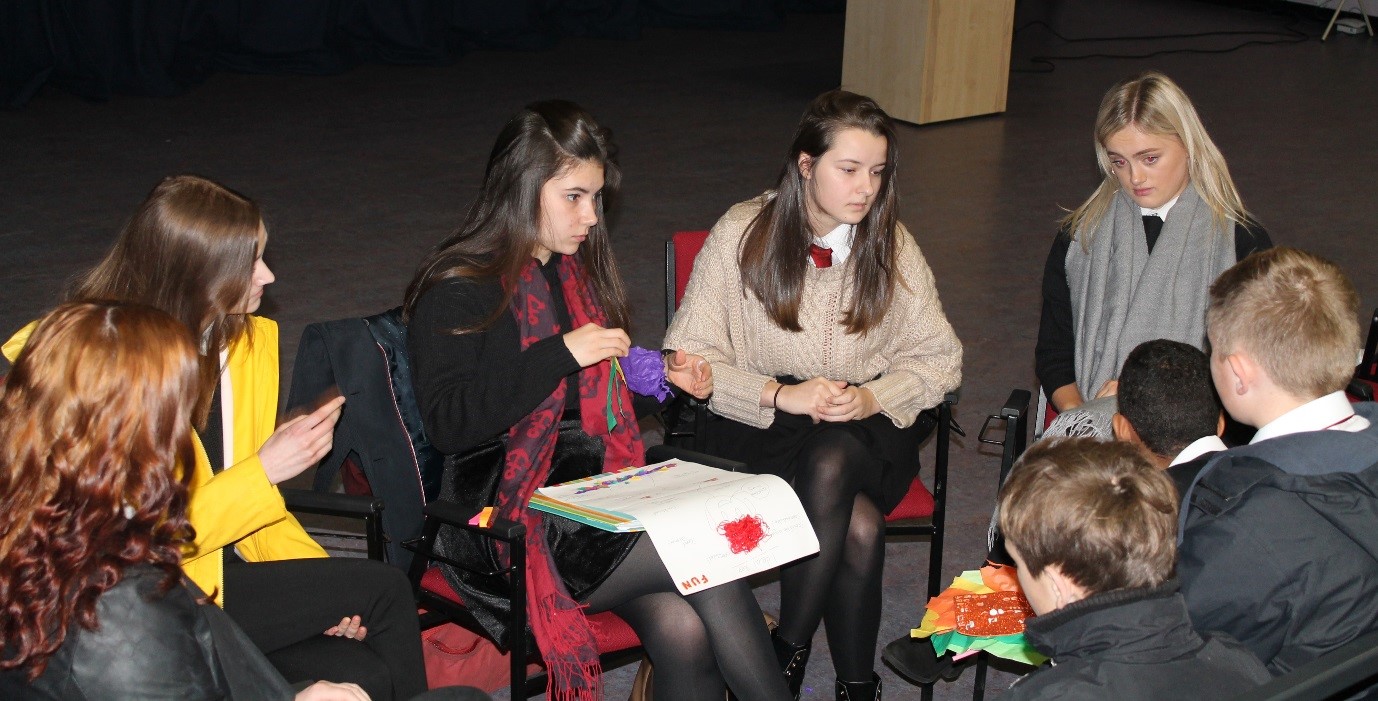 At the end of October, Pupil Council members from across all year groups attended a special training session which was devised to enhance the pupil voice experience at Broughton.

In order to try and make them the best communicators possible, this year the school has been working closely with Sparqs (Student Partnerships in Quality Scotland) to come up with an induction programme and follow-up resources, including specialist mentoring, for pupil council members.

By doing this, the school hopes to enable students to become effective contributors, and ensure meaningful dialogue between staff and the student body. The Sparqs mentor, Morven Cunningham, delivered a seminar and workshop on how to be an effective representative, focusing on the skills set required to give balanced, constructive and depersonalised feedback.  The session proved to be very successful as pupils engaged fully with all activities, laying the foundation for further work with Morven and Sparqs throughout the year.

Last year the Pupil Council looked at ways in which they could streamline the way the Pupil Council was run, which included looking at other schools’ systems. As a result they have come up with a structure which they believe will be more accountable, less time-consuming for all those involved, and ultimately more effective.

Each tutor group should put forward at least one rep. who will be their rep for the year and attend a monthly meeting for their year group. They should communicate with the rest of their group and raise any relevant issues at this meeting. One person from each year group will then put themselves forward to make up The School Parliament which will be held 3 times a year. This will also be attended by John Wilson, Headteacher, and Jane Wallace, Business Manager, and be facilitated by Mr McLaren. It should give students the opportunity to put concerns directly to management, and vice versa.