Our gymnasts were on winning form again early November 2019 in Perth. They competed against excellent competition from all over Scotland and represented Broughton to their usual high standard.

They won gold for U13 trio, U16 trio, U19 mixed team, U14 girls team and also picked up Silver in U16 trio and Bronze in both U16 trio and U19 girls. This means that we have multiple teams qualified for the British Schools Finals later on in the school year, where the pupils will be representing Scotland!

We also had Eva Tomassi pass her Level 1 coaching exam this weekend after months of hard work and preparation for this. So a great weekend overall for gymnastics in Broughton HS

We have been informed that the following former pupils recently graduated with excellent degrees:

Ella Duffy graduated with a First from Oxford (Geography)

Amy Creamer graduated with a First from Edinburgh University (Zoology)

Isla Ratcliff graduated with a First from Oxford (Music)

Tom Bagshaw graduated with a First from LSE (Law)

Anna McLuckie graduated with a First from RNCM (Music)

This is outstanding.  There are many factors affecting these young people’s success, but parents at the school’s Parent Council AGM commented that these success stories are ‘a credit to Broughton’.

Music School students, Mia Scott and Freya Ruuskanen performed at a Viking Music Festival in Norway, in April 2016.   A video

of their performance is available to watch.

A letter of praise from a parent was receivedfollowing the Stockbridge Primary School Ceilidh on 20 May 2016, at which Music School students, Mia Scott (herself a former Stockbridge PS pupil),  and Freya Ruuskanen, played a live set.

Mia and Freya had just returned from Norway where they represented Scotland in the Arctic Youth Festival.

Mia plays fiddle and Freya plays Cello and they have a couple of sets of Norwegian/Scottish traditional tunes they have arranged themselves for violin and cello.

This is a tremendous honour for the ex-Broughton student who was commissioned to write the piece to herald the Maestro’s return to the United Kingdom.

Rattle is patron of The City of Edinburgh Music School and has been Principal Conductor of the Berlin Philharmonic since 2002. Helen was a pupil at TCoEMS from 1990 to 1998.

For the final outcome of sixth year student Zoe Laxton's Scottish Baccalaureate Project in Social Sciences, she designed a website

.  Incorporating her studies in Psychology and History, the site investigates the effects of outdoor play on children's wellbeing.  It aims to encourage outdoor learning and highlights the positive impact of getting children outdoors to explore nature. 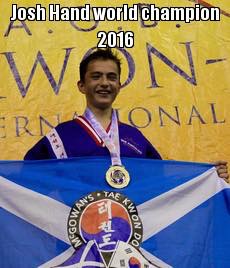 3rd year student, Josh Hand won a World Title in Tae Kwon Do in July,during the summer holidays. This year the TAGB World Championships were held in Birmingham. Josh competed in the Boys Black Belt Heavy Weight Division:  an extremely tough division as this is the highest level in juniors before moving up to cadets. His division lasted over 3 hours and he had 11 fights in total before receiving his Gold medal.

Andy Wightman (MSP) has tabled a Parliamentary Motion to recognise his success, which you can see here

The Tatler has named Broughton as top state secondary school.   You can read more about this huge accolade here:

Holly Young attended Broughton between 2001 and 2006, and went on to become a journalist, recently winning an award.  Further information is here:   http://www.aid-expo.com/vote-reporting-award

Following the visit of S3 students to the Lyceum Theatre on Monday, 30 November to see the Christmas production of The Lion, The Witch and The Wardrobe, our 3 day Narnia Project is well underway.

Special thanks to the Broughton Association and the Lyceum for funding this project.  You can see some more pictures from the project on Day Two, here. Former Broughton student, Eva Riley, is in the running for a Cannes Film Festival prize.   Read more about it in the Evening News

Broughton student, Helen Hunter, recently took part in the launch of Education Scotland's report on technologies impact review at Celtic Park.   A letter of thanks from Education Scotland is available to read here

Broughton student, Chelsea Rice, has recently achieved her target of raising £1000 to fund her upcoming trip to Canada.   You can read a letter of commendation and thanks from Lothian and Borders Battalion Army Cadet Force regarding her efforts, here.

1st year student, Hannah Farquharson, wrote a poem which came first in the most creative category for the Safer Internet Day 2015 competition.  Read her poem here

Some of the girls from the school gymnastics club entered the British schools heats in Perth, at Perth Gymnastics Club over the weekend of 31 January/1 February 2015.   You can read more about it here

1st year pupil, Josh Hand is following in his big brother, David’s footsteps.  The family travelled to Worcester on Sunday (22 March) so they could both compete at the TAGB English Championships.

As usual, competition was fierce, and Josh had just moved into the Boys Black Belt Heavy Weight Division, so was the smallest and youngest in this division!  He fought extremely well and ended up with third place.

A great achievement for him and testament to what training hard can do.

David got Second Place in his division, just being pipped to the post.

Broughton High School is delighted to share the news that three of our pupils have been chosen to represent Scotland at Gymnastics. These girls only started developing their interest in gymnastics earlier this year under the tutelage of Miss Deans, who is very proud of the way the girls have progressed.  See the extract from the letter confirming the selection here.

And you can now read about the event which took place on 13 March, here

Back in June, two 6th year pupils, Katherine Wright and Alasdair Morton-Teng, were selected to go on a trip to  Auschwitz.    You can read all about the trip here:

Let me thank you again for your warm welcome, et the time spent with us last week.

We were very much impressed by the breadth and ambition of the Broughton school.

Getting to understand how a school is run and funded was very useful for the work we carry out.

Please extend my thanks to the head girl and the head boy who took us around. 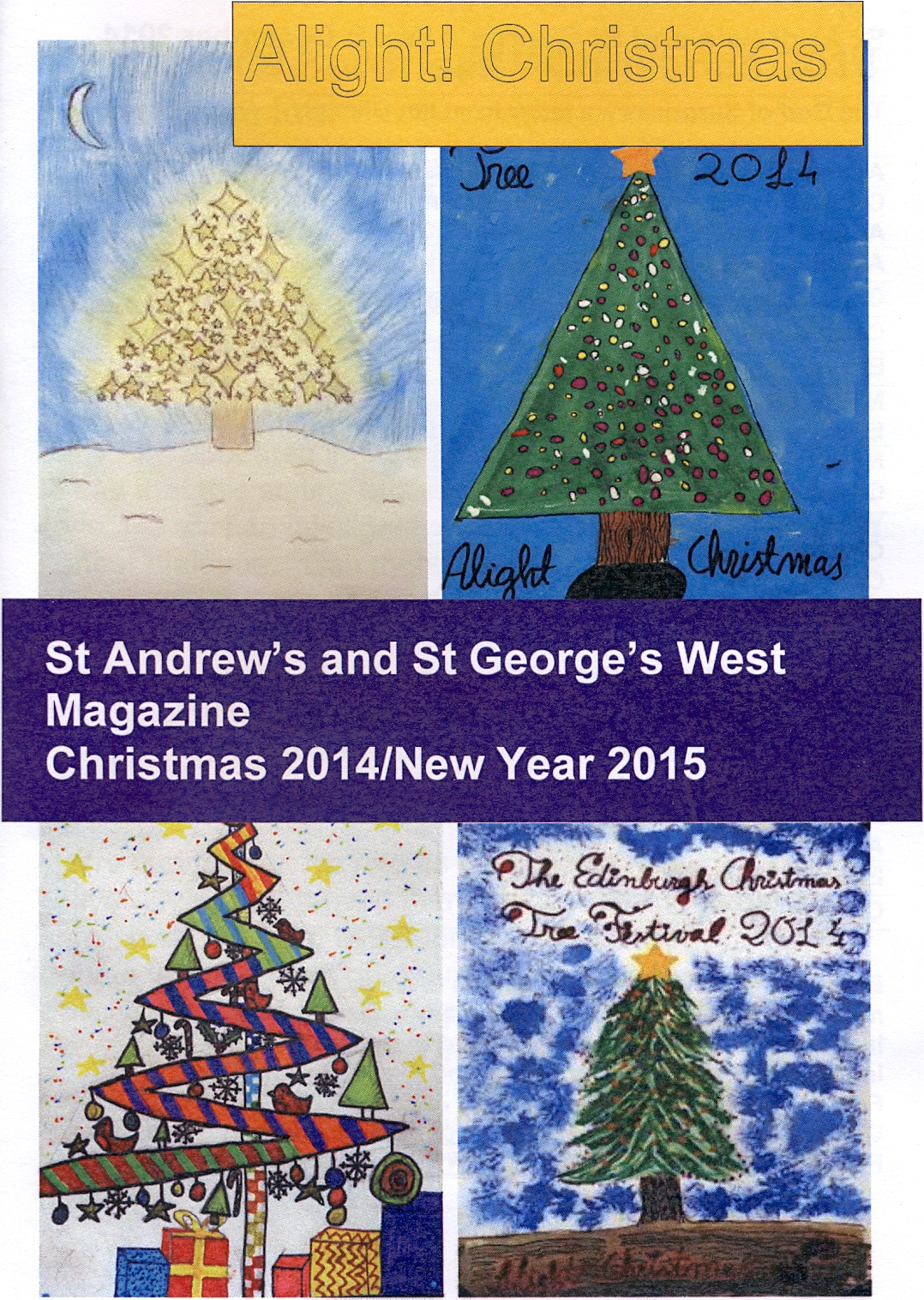 A competition to produce artwork for Edinburgh's annual Christmas Tree Festival was recently held and the winning designs were by some of our 1st year students.   You can read more about it here.

From June to October 2014, the National Galleries of Scotland Education Department, teamed up with sighted and visually impaired students from Drummond Community, Broughton and Ross High Schools, Musselburgh Grammar School and the University of Glasgow, in exploring the GENERATION exhibition.

This ebook presents the fantastic work our students prepared and created in exchanging knowledge on contemporary art between sighted and visually impaired younger students.

Victoria Sturgeon, Harriet Johnston, & Kirsty Hughes all did a wonderful job and found it a very worthwhile project to be a part of.

Click here to read a 5th year student's account of attending the #bigbig debate at Glasgow's Hydro in September, in advance of the Independence vote.

Former student, Ewan Hambelton, gave his views on Scottish Independence in the French newspaper Liberation.   You can read the article here