Subcategories from this category:

S2 students are being given instructions on making course choices online.  See here

The Senior Phase Pupil Council representatives have been working towards decreasing the usage of vaping on school grounds. Unfortunately, as a group, they have seen an increase in young people vaping on our school premises.  As a result, they have created a letter for our nearby shops as a plea for help to decrease their enticing vape displays so young people are not influenced by inappropriate advertising. 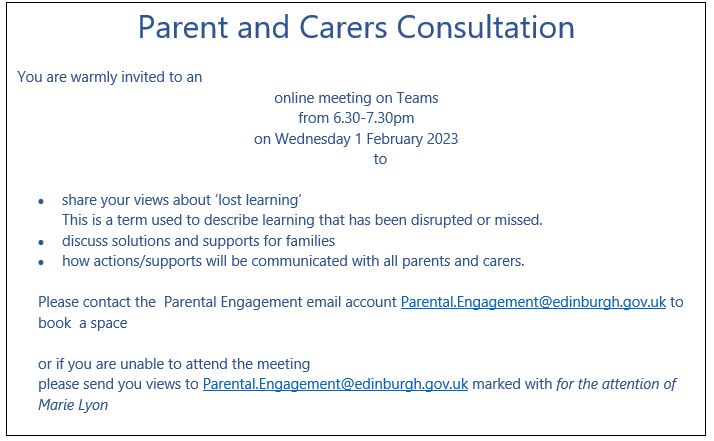 Scottish Premiere of a New Play

1 January, at 7pm, Broughton High School is staging the premiere of a new play, The Singer of Shanghai.  In addition, 10 of our S3 students, who are all members of Broughton Youth Theatre, are taking part.  Tickets for the event are free, but must be booked via the following link:

As you will be aware the Teenage Booster will be administered to S3/S4/S5 and S6 students in school on 22 February.

The Td/IPV vaccine completes the 5 dose course that provides long-term protection against tetanus, diphtheria, and polio.

The HPV Vaccine will be administered in school on 21 March.

Getting the vaccine now protects you against future risks - full information is here:

ton student, Daniel Mason Bone, attended The last of 5 trials for the Scottish Schools Football International team. This is an extremely competitive process with the best school players from all over the country trying to be selected. It was no surprise to us, that he was one of the 18 to be selected for the upcoming Centenary shield matches.

The Centenary Shield is a International School Football competition between the home nations. Daniel will train, travel, prepare and play representing Scotland against the other nations - the dates and times of the matches are noted below, they will be available to stream on the BBC red button.