The History department aims to give pupils a sense of belonging and understanding of their place in society. Throughout their secondary education, pupils are given the opportunity to explore their local history as well as significant Scottish, European and wider international momentous historic events that have shaped the world we live in today. The department is committed to presenting History to pupils in an interesting way which really brings the subject to life. Studying History teaches life-long literacy, analytical and investigation skills essential for the wider world beyond school years. 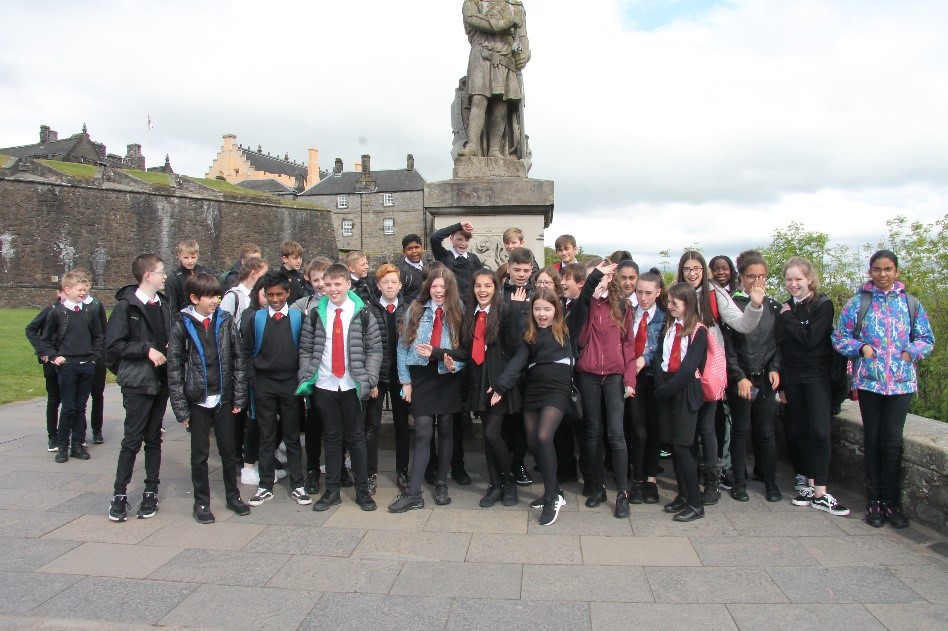 One of the best ways to learn about History is to visit historical sites. All of S1 in 2019 visited Stirling Castle, a place steeped in medieval history which has great importance in Scotland. 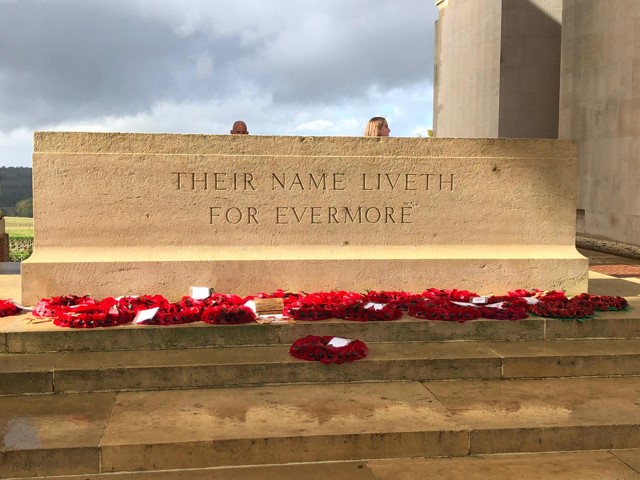 the Battlefields of northern France.  Opportunities like this help to shine light on Broughton's history in the war and remembering the pupils and teachers who fought in World War One.

30 Students achieved a grade A which is 62.5%. This is well above the national average in Scotland.

24 OUT OF 29 students passed their Higher History exam. This is a success rate of 82%, The National Pass Rate for Scotland is 74%.

Well done to all Nat 5 and Higher History students who did so well!

11 OUT OF 12 students passed their Higher Modern Studies exam. This is a success rate of 91%.

For more information on the individual courses please click on the Course Information tab above.

A study of the nature of the British Atlantic slave trade in the late eighteenth century, changing attitudes towards it in Britain and the pressures that led to its abolition, illustrating the themes of rights, exploitation and culture.

A study of the experiences of Scots in the Great War and its impact on life in Scotland. This topic considers the impact of technology on the soldiers on the Western Front. It also considers the way in which the war changed life for people at home as the war began to impact on every aspect of life both during and after the war.

A study of attempts to establish democracy in Weimar Germany, the reasons for its collapse and the nature of the Nazi State.

Political change and military conflict arising from the Wars of Independence. Themes: authority, conflict and identity.